Rue Gilt Groupe is the premier off-price eCommerce portfolio company, connecting more than 35 million members with coveted designers and in-demand labels at an exceptional value. Their approach to retail brings excitement to online shopping and the best-in-class experience that today's customers demand.

Rue Gilt Groupe and LiveIntent have been working together since 2013, acquiring new members for their Rue La La and Gilt eCommerce brands. RGG accomplishes this by driving quality traffic from LiveIntent’s email exchange to their websites to collect new members and buyers.

RGG’s advertising campaigns with LiveIntent have been driving towards new member sign-ups, which were collected as soon as the user visited the website. However, RGG’s primary KPI was new member revenue and ROAS, which created a misalignment of optimizing towards upper funnel actions while evaluating lower funnel KPIs.

To remedy this, RGG would tie purchase data back to the publisher-level exposure data shared by LiveIntent. RGG would then tier or block partners depending on their ability to drive member purchases. The process was successful, but also manual, time-consuming, and didn’t account for nuances in how audiences engage with different newsletters across publishers.

In January 2020, the team at LiveIntent approached RGG with a new optimization strategy that would utilize a pixel on the checkout page and Predict, LiveIntent’s optimization algorithm. The goal was to inform the algorithm with a lower-funnel signal to better align with RGG’s ultimate measure of success.

LiveIntent’s new proposed strategy was to set the algorithm to optimize the campaign based on the users that were adding items to their cart. As email sign-up was already part of the acquisition funnel, optimizing towards the checkout page would give LiveIntent new insight into customer intent and the common attributes that defined a customer with a high propensity to purchase. With these additional learnings, Predict would be able to find more prospects that would have an increased probability of being interested in RGG’s brands and making a purchase.

RGG approved the new strategy and tested it until March 2020. While initial results drove a 2x higher cost per email sign-up, RGG later found that site visitors driven from the LiveIntent campaign provided both immediate and long-term value.

RGG saw that visitors driven by the “Add-to-Cart” strategy had a 2x higher conversion rate, which offset the higher cost per email sign-up and allowed RGG to exceed their target ROAS goals. RGG also doubled their new member conversion rate and order value, solidifying the long-term value of these new sign-ups. Additionally, pairing this new lower funnel optimization with automated campaign management and a consolidated targeting approach allowed for RGG to confidently scale the strategy. In Q3 2020 RGG increased scale 140% YoY on their female campaigns while hitting target ROAS goals as a result of the “Add-to-Cart” strategy.

Not only was RGG able to scale their campaigns more efficiently, but they saw first-hand that an audience-based approach generates higher quality, long-term results compared to the previous publisher-first strategy. 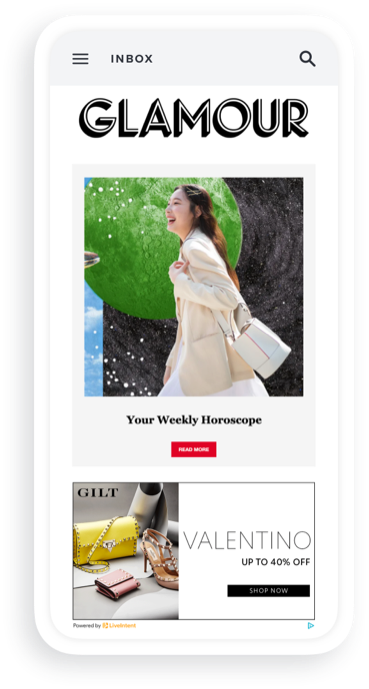 “As long time partners of LiveIntent we have been continuously impressed with the team’s creativity and dedication in finding customized solutions for our business. The “Add-to-Cart” optimization, being our latest success, has unlocked Gilt’s ability to acquire valuable customers at a higher scale than we’ve ever achieved on the LiveIntent Platform.” 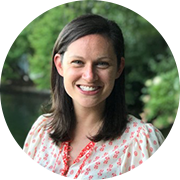 Learn more about how we can help you drive net-new sales and increase customer reach and life-time value.

Check out these related case studies.

"We’ve been able to generate a significant number of conversions with LiveIntent."

“We’ve been able to efficiently drive more conversions from our email program by using dynamic product ads to serve intent-driven ads into our marketing emails.”

“LiveIntent has played a key role in this effort, offering us a unique outlet through which to connect with prospective customers.”

Think outside the inbox and discover all the innovative ways email can help you grow your business.